Posted under: Blog and Internet

Nearly every business in operation needs to be online in some capacity to reach clients or customers. Alongside the rise of the internet, there has been a constant threat in the form of cybercrime, scams, hackers, etc. And while that is not a reason to hold back on expanding into online spaces in nearly any industry, it is a factor that needs to be taken into account and needs to be addressed.

There is also the matter of trying to stay ahead of the curve in terms of cybersecurity, alongside the security concerns of the past. Cybercriminal activity is a big business, and so is cybersecurity. As we will see, billions of dollars are active on both sides, and that number will only grow. While of course, you do not need to spend billions of dollars yourself, you do need to stay abreast of the situation and prepare countermeasures to potential threats.

Here is what you need to know in 2022 and the information you need to better prepare yourself and your business:

Some Simple Facts About Hacking and Cybercriminals

Starting out, we think it would be best to clear up some potential misconceptions about how hackers operate, what they do, and how they are organized. It might not be what you think, and it certainly is not how most movies portray them (whether in a positive or negative light).

Hackers will generally not spend days at their computers trying to break through the heaviest encryption layers. They might do so for sport, but if they are trying to make money (and the vast majority of the serious ones are), they will look for the path of least resistance. They're likely to be passive in their efforts, either out of laziness or the desire to work on other projects at the same time.

Additionally, while the idea of the lone wolf hacker has persisted across modern media, in truth, most cybercriminals work in organized collectives or as part of a criminal organization. These types of crime rings perpetrate 80 percent of cybercrime. In some cases, a hacker cluster might not appear all that different from a regular IT office, with people coming and going in shifts and working at their desks. 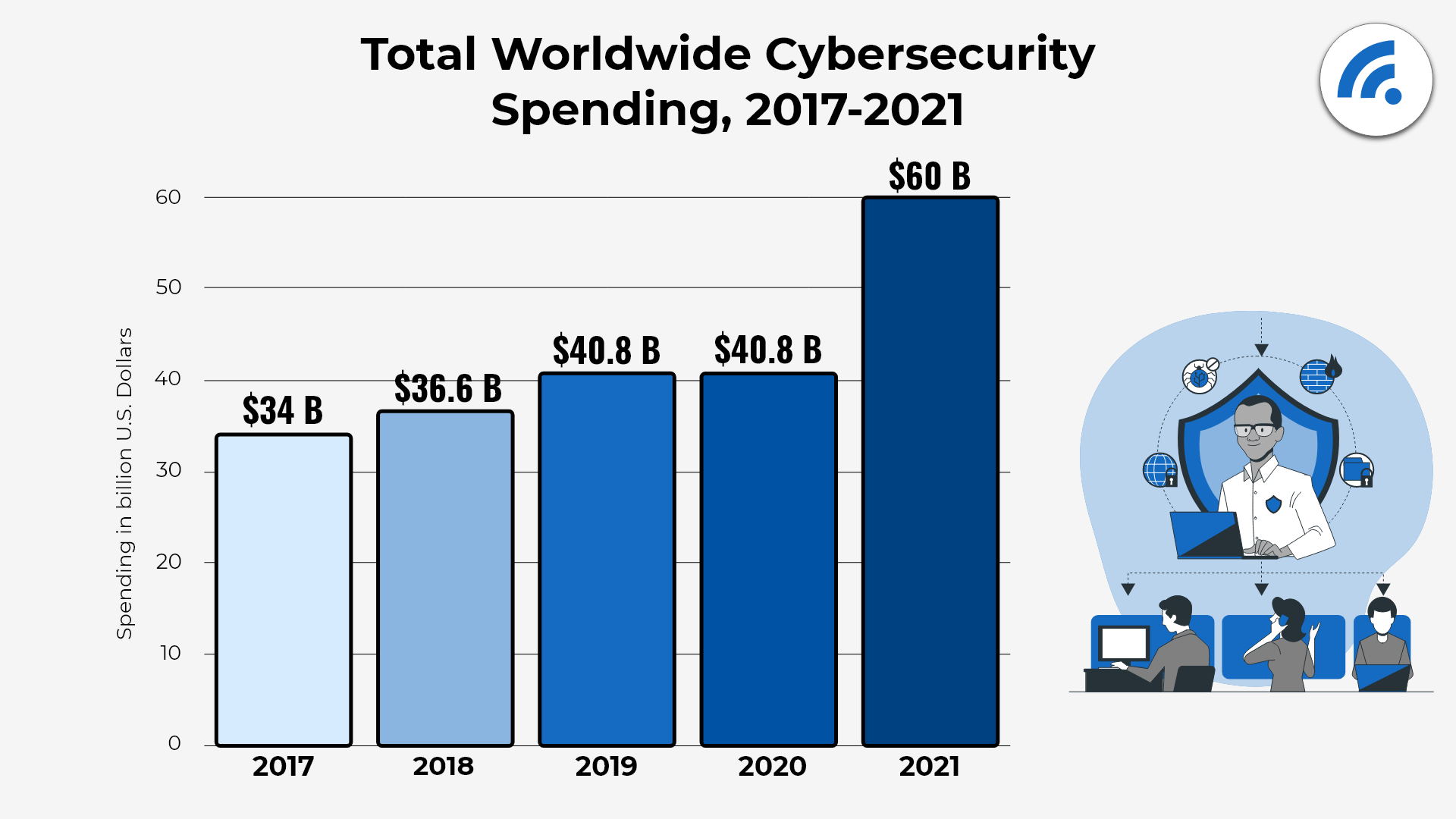 All of this is just the tip of the iceberg. Depending on your research, there are many other statistics to consider.

How Valuable Is Your Data?

While most hackers would be happy to drain your or your business' bank account directly if they had the chance, that is not the easy and worthwhile route for most of them. Instead, most of them are more interested in your business' information or that of your employees or customers. In some cases, they might be interested in trade secrets or sensitive financial information that should not be released to the public.

We can consider how much organizations are willing to pay for data held captive by ransomware, which effectively locks access until the ransom is paid or other measures are taken. This can be automated or via a more personalized method. That amount is rising, according to information from Cover.

Additionally, the number of businesses that pay up when a ransomware attack hits are increasing.

People are most interested in identity theft, according to PurpleSec. Consider the breakdown of breach incident reasons or types: 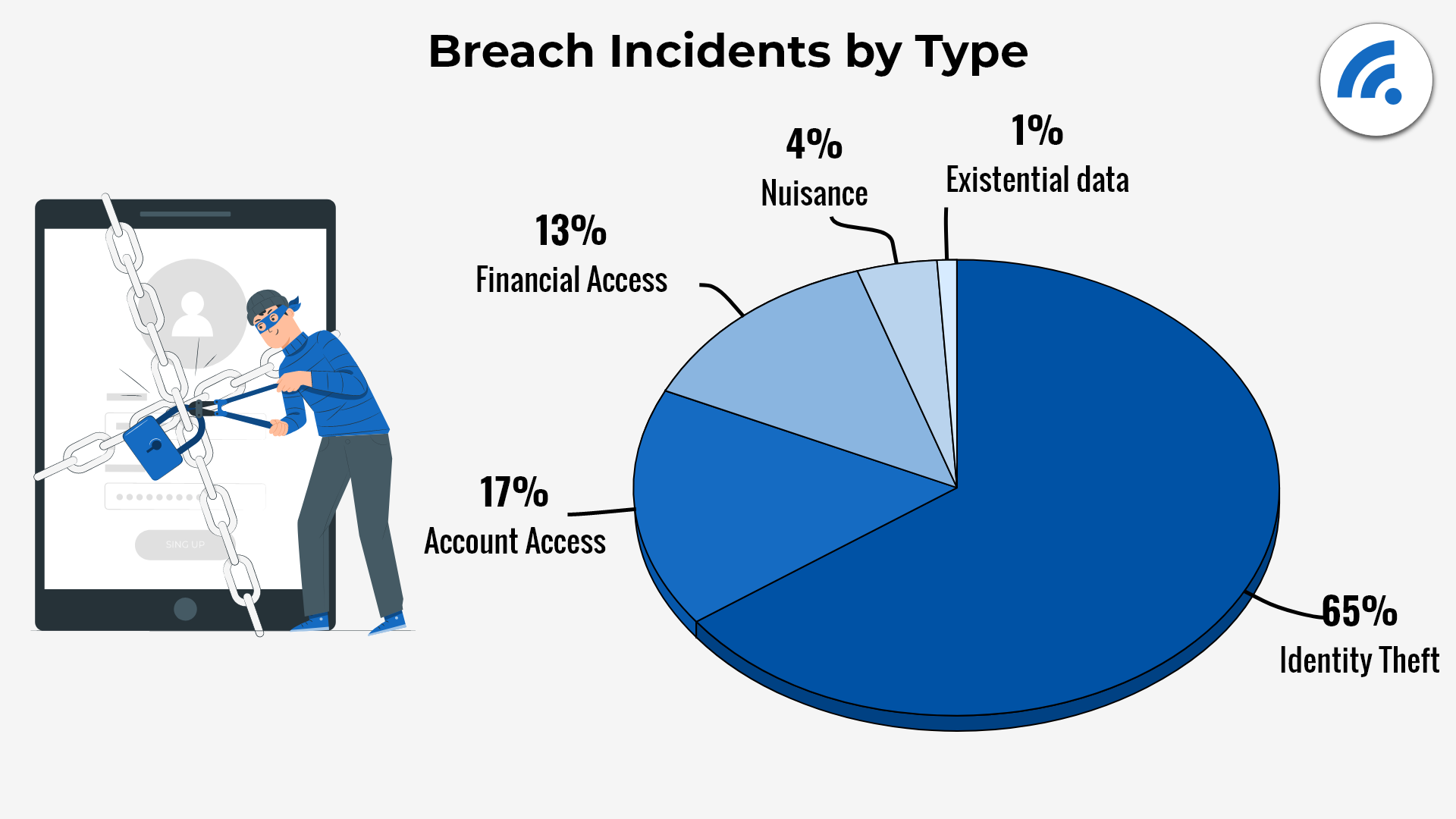 Social Engineering and the Human Factor

While you might think of hackers and scammers as people who are cracking codes and breaking algorithms, pitting themselves against programs and computers, the truth of the matter is much more complicated. Social engineering is the use of methods that manipulate people to get information. Some might use impersonation techniques, and others will play a confidence game. In all cases, the damage can be significant, and smart decision making and policy are the counter instead of better firewalls.

Here are a few things to know about this phenomenon:

The Consequences of a Data Breach

Data breaches are far more costly than nearly any amount of cybersecurity preparation and training you could invest in. They can outright ruin companies and tank their reputation for years. For smaller businesses, they can be a death sentence.

Here are some facts on the importance of protecting any data under your ownership or stewardship:

Some industries have it a lot rougher than others when it comes to being targeted by cyberattacks and the consequences of a breach. Your business might not fall into any of these categories, and if it does, we hope you are on the ball already, but you might wish to learn more about other businesses you work with or what might affect targeting and impact. Here are a few categories and examples of this:

Given the sensitivity of health records, the fact that nearly everyone has them, and the importance of HIPAA compliance, health care cybersecurity is some of the most critical work in the field. Here are a few things you should know:

It makes complete sense that hackers and cybercriminals would want to target banks, investment firms, etc. There is a lot of money to be made if there is a big hit, and the reputational consequences to a bank are immense. Who would want to work with an insecure bank, even if the money was insured?

Some of the most critical cybersecurity work is done in government, given the records involved and, in some cases, the national security implications. Every government wants to have a leg up here, but some governments are more effective than others. Here are a few stats about the current scenario: 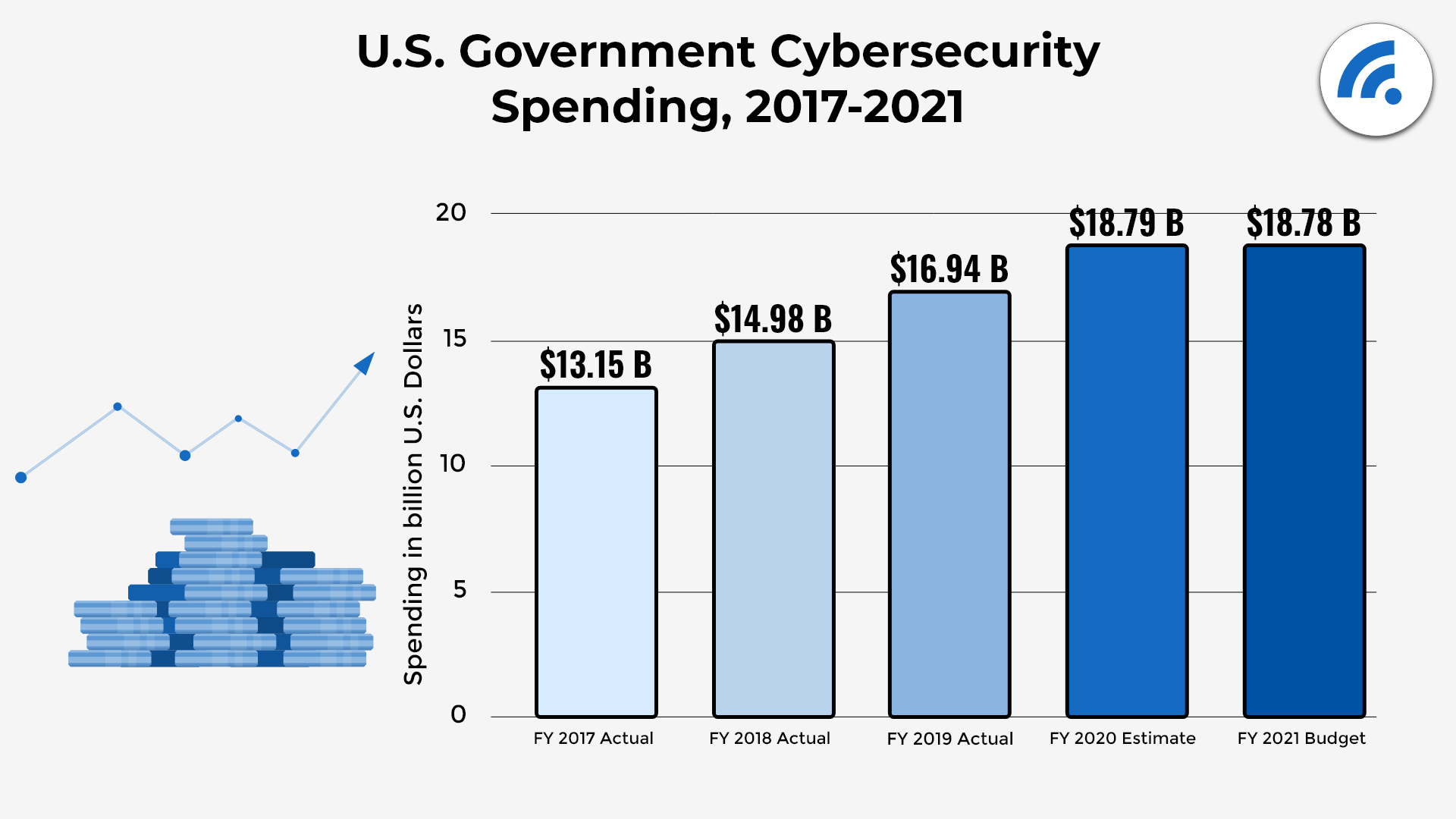 Businesses or even industries do not exist in a vacuum. Now for a few points of comparison between industries: 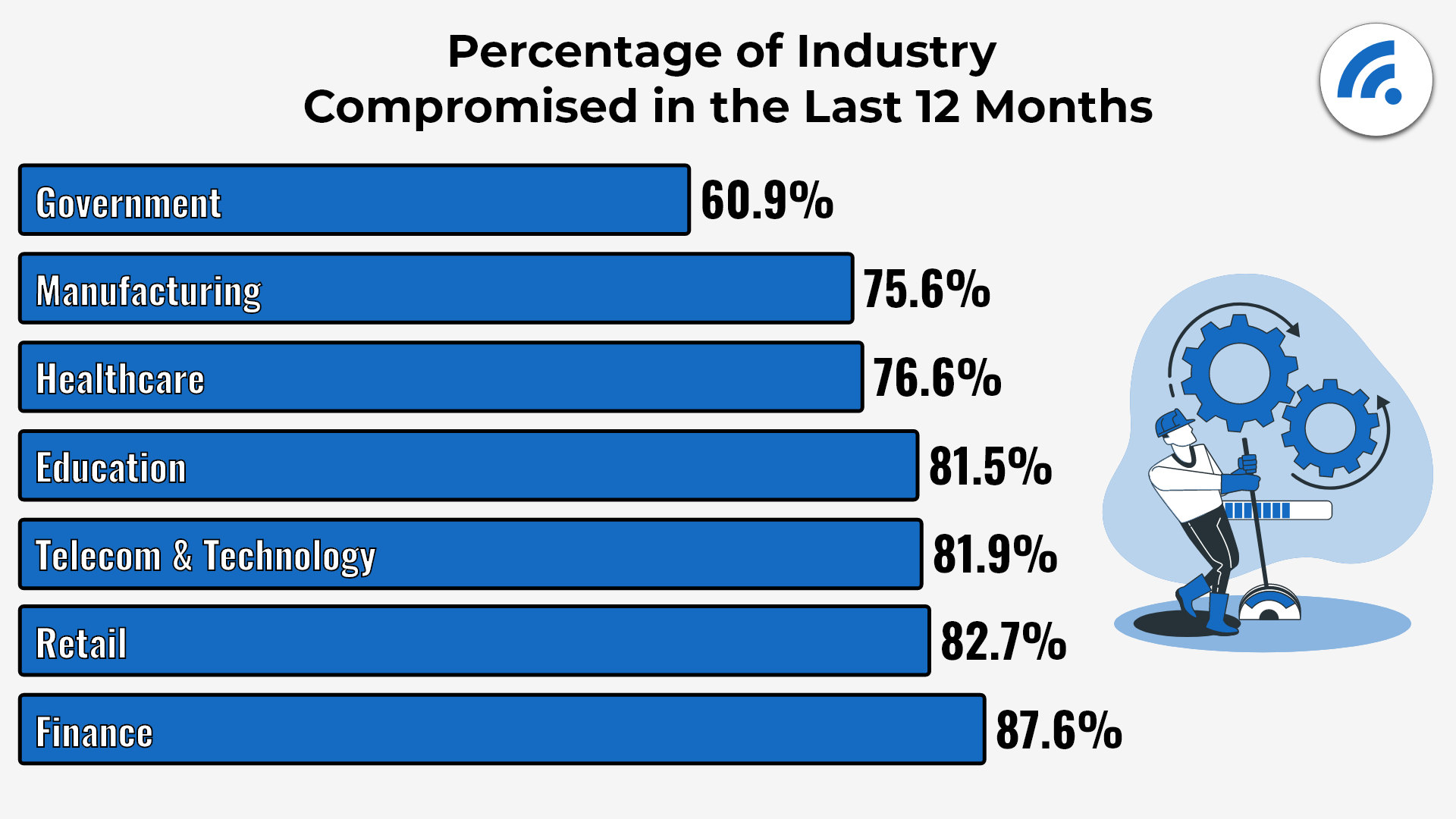 Things You Can Do This Week

Now that you know about the magnitude of the problem and some of the major threats out there, you should also learn a bit more about some of the things small businesses can do to protect themselves. While we do not wish to focus entirely on cybersecurity measures you should take here, as there are more extensive guides and resources that you should utilize (as well as those that are more focused), starting with the following can help:

There is more to do than the above, but that should be left to different articles and consulting with professionals. You can defend your business against cyberattacks, and you can create an effective cybersecurity plan. While it may seem like a lot of work all at once, preparation is a long-term process. Much of it should be taken care of by your IT professionals, as long as you provide the right leadership and resources in the department. Even if you are a small business of just a few people, you can still apply the above principles.

Whether you know it already or not, there are so many reasons that investing in cybersecurity is a wise choice. There is so much to learn about this topic. Whether you are a quickly growing business, a generational family business, a micro-business just getting off the ground, or something else entirely, we hope you take all the above facts and recommendations into consideration. Please keep these statistics in mind as you determine your plans going forward.