Satellite internet, which used to be a niche option for people living the RV life or in areas without telecom infrastructure, is growing in popularity around the world. One reason is that the cost keeps going down while the bandwidth keeps going up, so satellite broadband is finally competitive in areas where other options are available. And customers are banking on the fact that satellite internet is just going to get better, with companies like SpaceX working to improve the technology.

Accessing the internet via a satellite isn’t much different from using broadband that enters a home or business through ground-based infrastructure from an end user’s perspective. How data moves from your ISP to your device and back is quite different, however. Instead of wires or short-range signal towers, satellite internet uses high-capacity geostationary communications satellites to deliver data via a signal on the Ka-band of the radio spectrum.

Geostationary simply means that the satellite in orbit stays fixed in relation to a point on the earth by matching the earth’s rotation speed. This satellite, which sits roughly 23,000 miles above the earth’s equator, stays in constant communication with the satellite dish installed on your home or business and acts as a way station, allowing data to flow back and forth between your devices and your ISP. Keep in mind that the dish must have a clear view of the southern sky in order to pick up the signal from and broadcast to the orbiting satellite.

Whenever you perform a Google search, look at a website, check your email, or do anything else online, a request is sent from your device through your dish to the orbiting satellite. That satellite then transmits the request to your ISP’s hub, and the data you requested is then beamed back via the satellite to your dish and finally, your device. No matter what you’re doing, whether browsing or shopping or playing a game, the process is the same.

Like all ISPs, satellite broadband providers deliver different speeds, but customers can expect to receive download speeds up to 50Mbps and upload speeds up to 3Mbps. Even given how far the signal has to travel with each request, these speeds are actually similar to what many users with cable broadband, DSL, and wireless receive. For most broadband users, satellite internet speeds are more than sufficient.

Latency Is Usually a Non-Issue

Latency refers to how long it takes for data to move over a connection. Based on the amount of data that has to be beamed back and forth over thousands of miles for satellite internet to work, some people assume satellite speeds must be comparable to dial-up. But it actually only takes seconds (or fractions of a second) for requests to be made and answered at the speed of light, and the tiny amount of lag satellite users may experience - usually less than one second - isn’t typically noticeable.

Is Satellite Internet a Good Choice for Me?

Due to how satellite internet works, it has its pros and cons. Because it doesn’t rely on wired infrastructure, it’s often the only way to get consistent, always-on broadband internet service in remote locations or anywhere cable, DSL, and wireless are unreliable. It’s available anywhere, which is a major pro. The main con is the potential for noticeable lag, which really only comes into play for users who do a lot of streaming, fast-paced gaming, or VPN usage.

Your online habits should drive your broadband choices, but if satellite is the only option open to you then know that it is a reliable, affordable way to get internet for your home or business.

Want to know more about your broadband options? Learn about the internet service providers in your area, including unbiased reviews and recommendations. 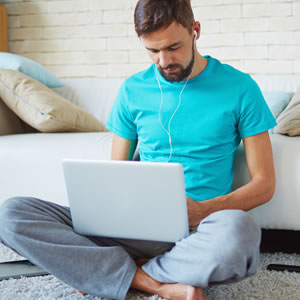 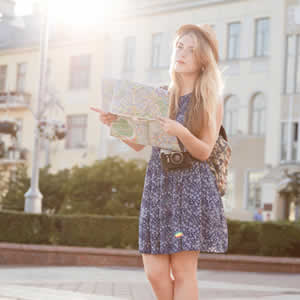