Key Internet Statistics to Know in 2022 (Including Mobile)

Posted under: Blog and Internet

Each year the internet grows, but 2021 was a special year. The Coronavirus pandemic continued for some time, keeping people at home and making us rely on digital technology more than we ever had before.

Social media, video platforms, eCommerce, and search all saw increased usage that makes us live pretty much our entire lives online. With this increased usage, our internet connection should also keep up. Check out the following internet service providers and the plans they offer.

The big question everyone is asking is: will this continue? It's likely some of the trends that emerged in 2020 will subside, but many more will stick.

To get a clearer picture, here are all the most relevant statistics about the internet in 2022.

With a current worldwide estimated population of 7.9 billion, approximately 5.25 billion people have access to and use the internet. That means that 66.2% of the world's population uses the internet.

The most common domain name extensions are: 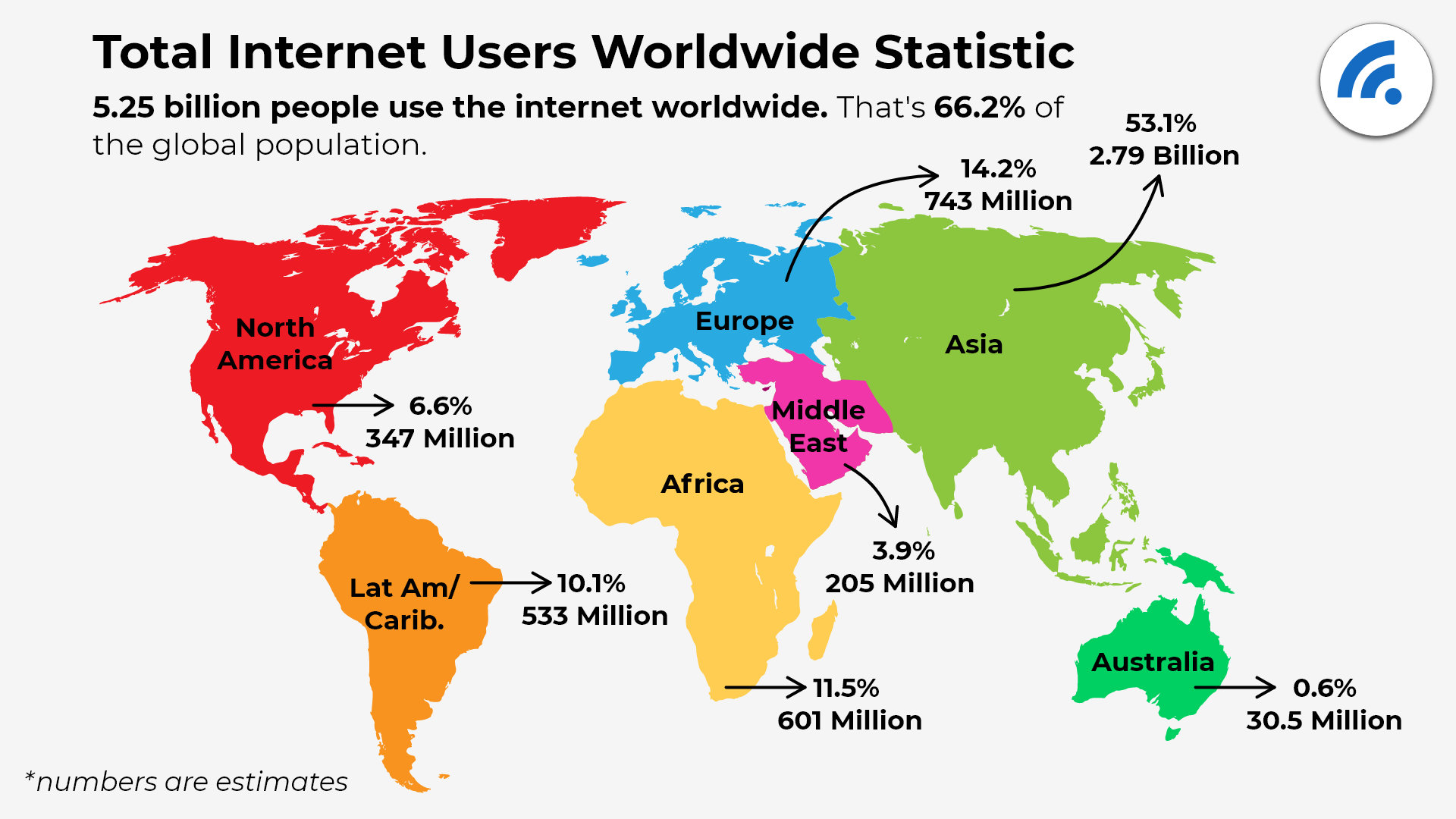 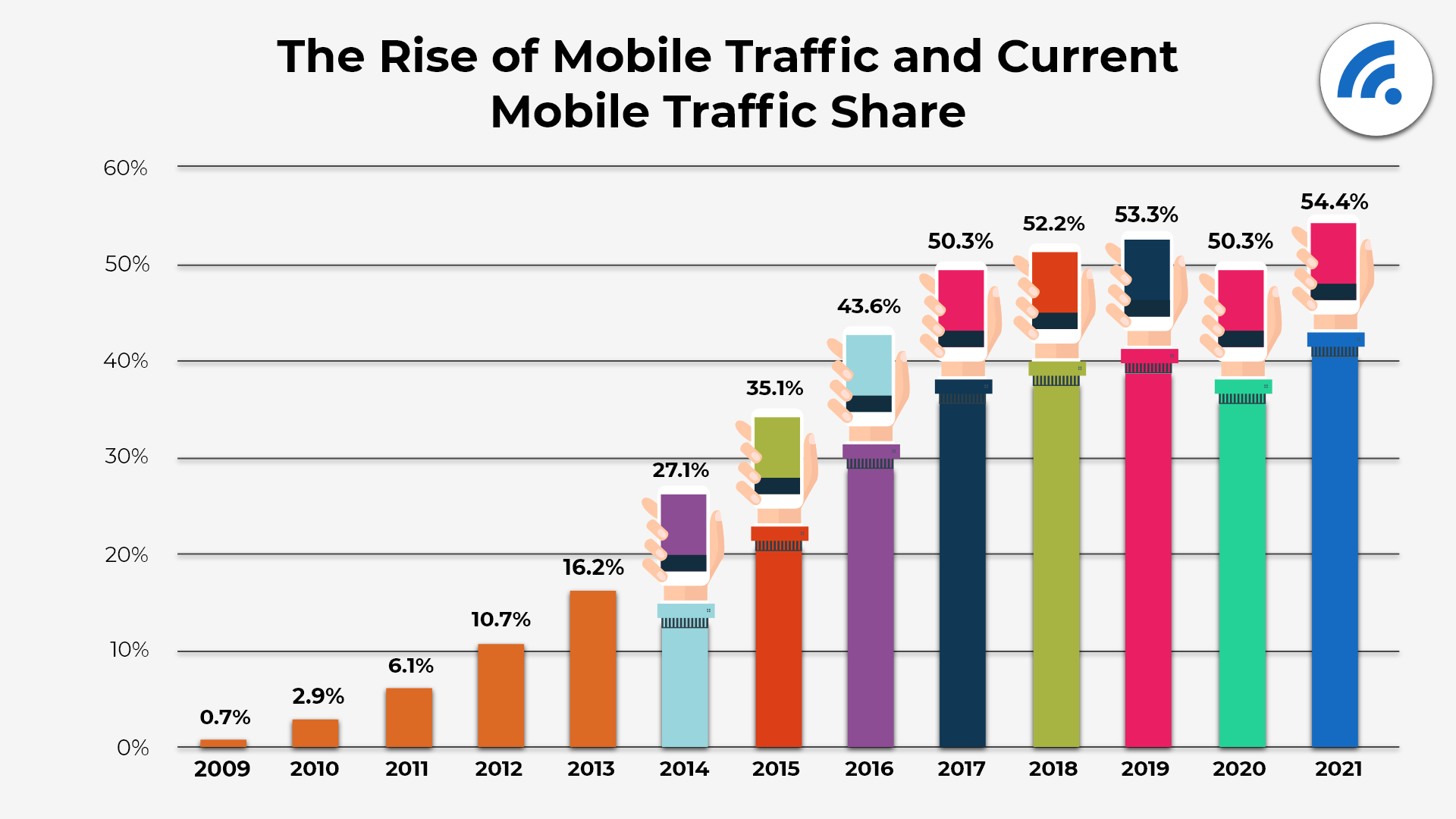 Every second that a customer has to wait to load a web page increases their likelihood of clicking out. Research shows that as load times go from 1 second to 3 seconds, the probability of this occurring increases by 32%. If a page takes 10 seconds to load, it increases to 123%. 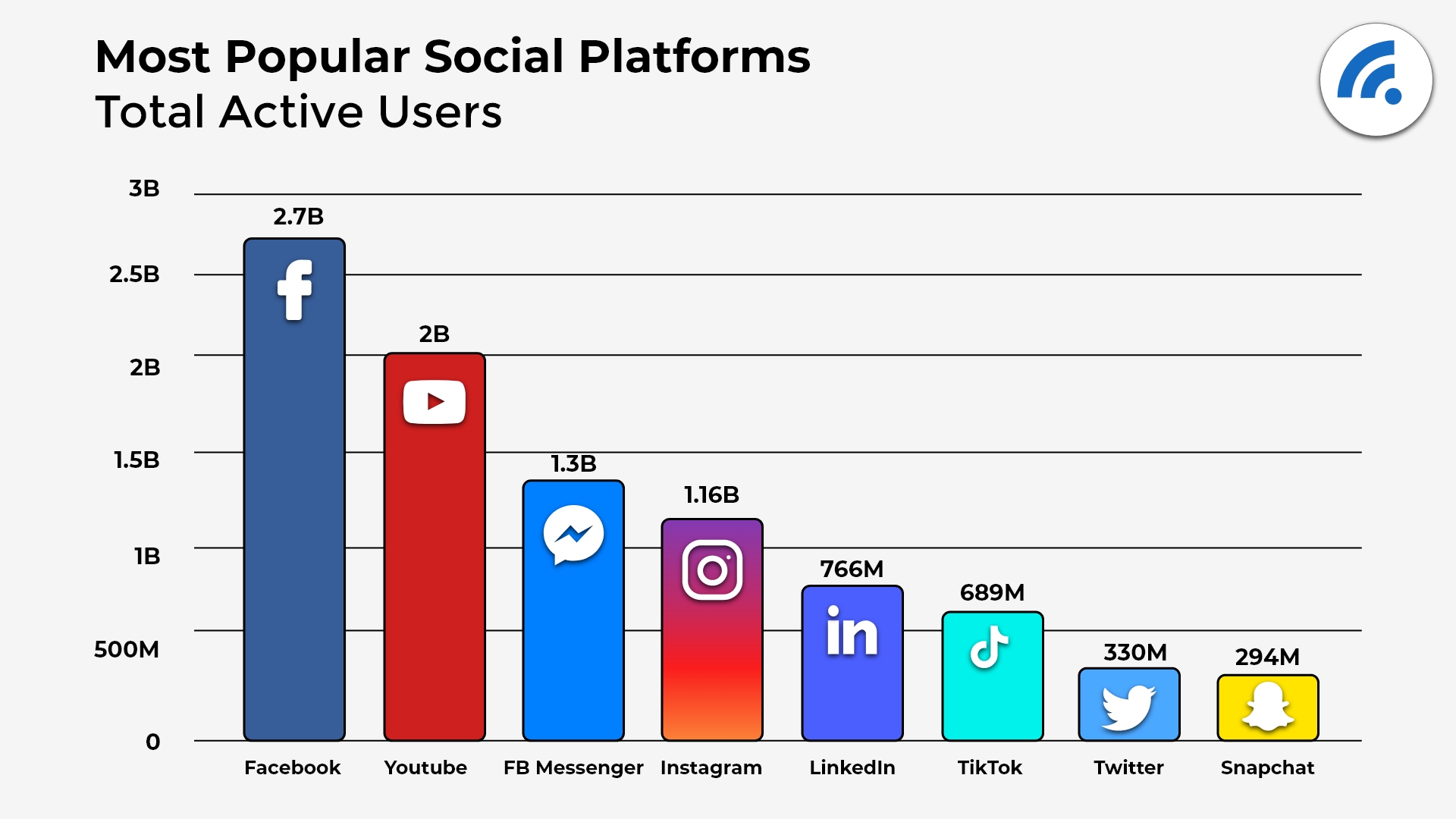 The most popular social media channels in the world are: 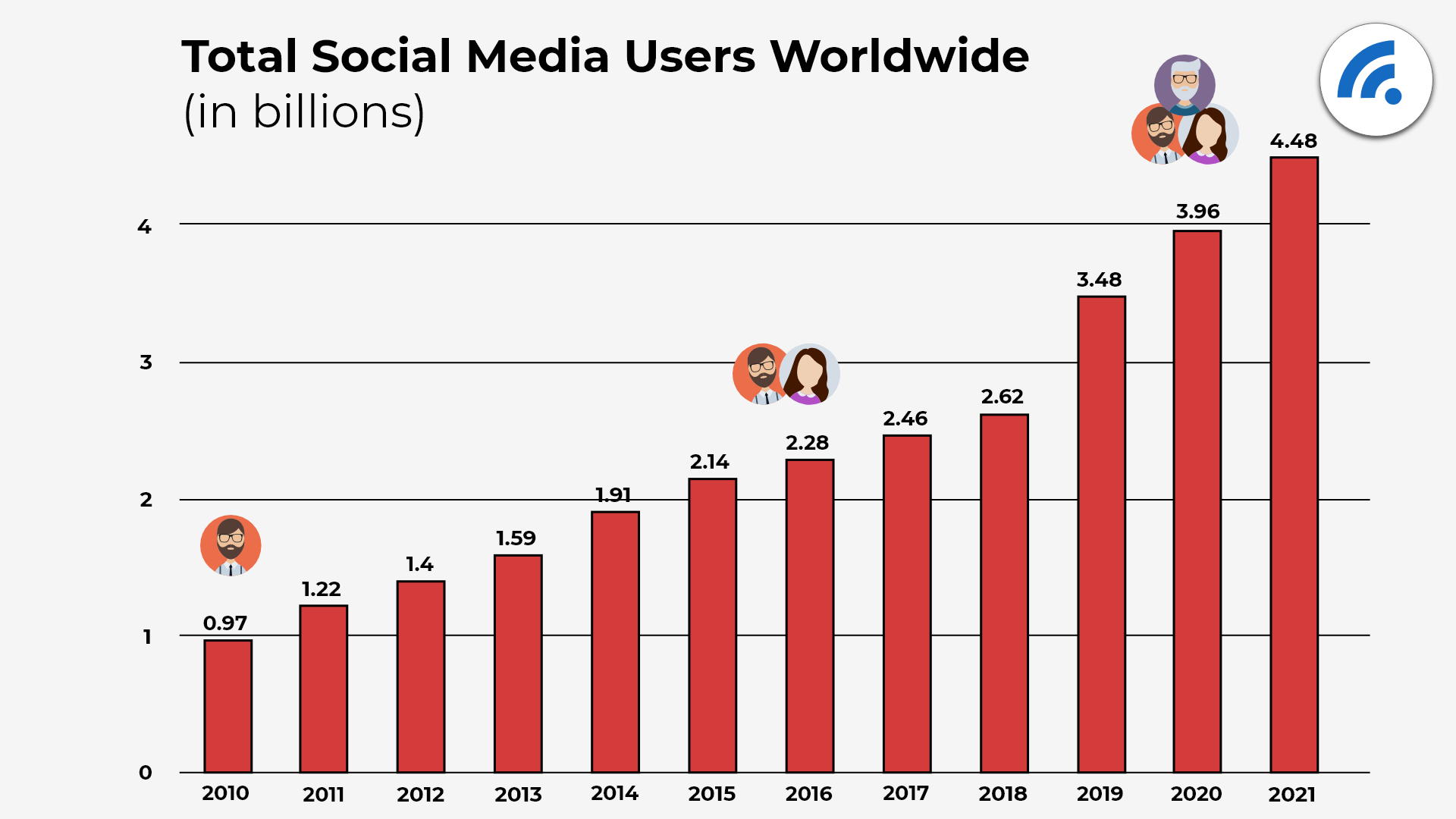 In a single day on Instagram, 4.2 billion pictures are "liked." To add to that, there are nearly 100 million new pictures/posts created on Instagram every day, and 400 million more stories are posted. Story feature usage has increased by 100 million posts since 2017. 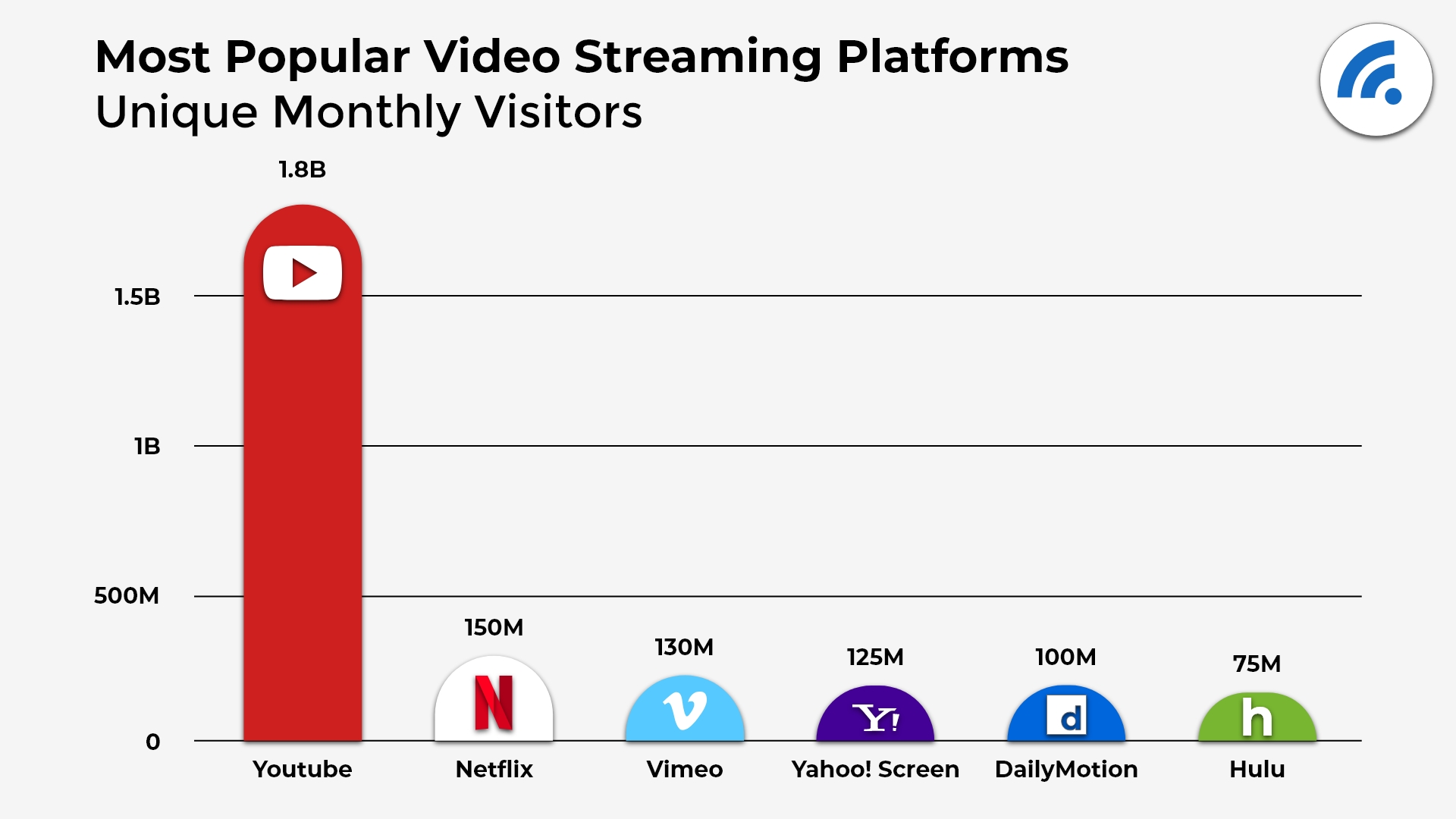 Here are some statistics on video streaming:

Google accounts for 92.01% of the global search engine market share. The rest is divided among Bing, Yahoo!, and Baidu. 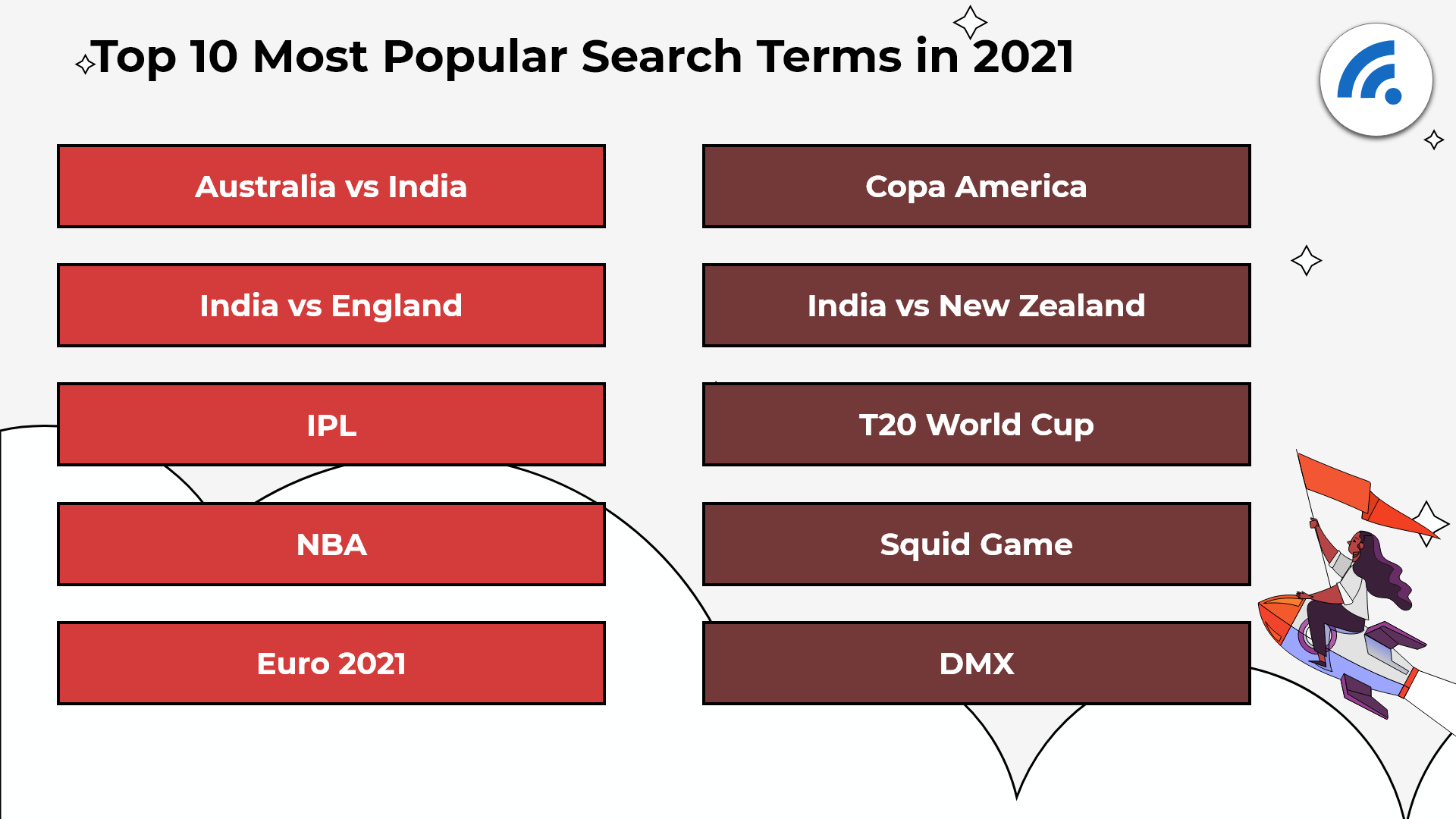 As you can see, the pandemic, and the tools we can use to adapt to it, were at the top of people's minds throughout the past year. 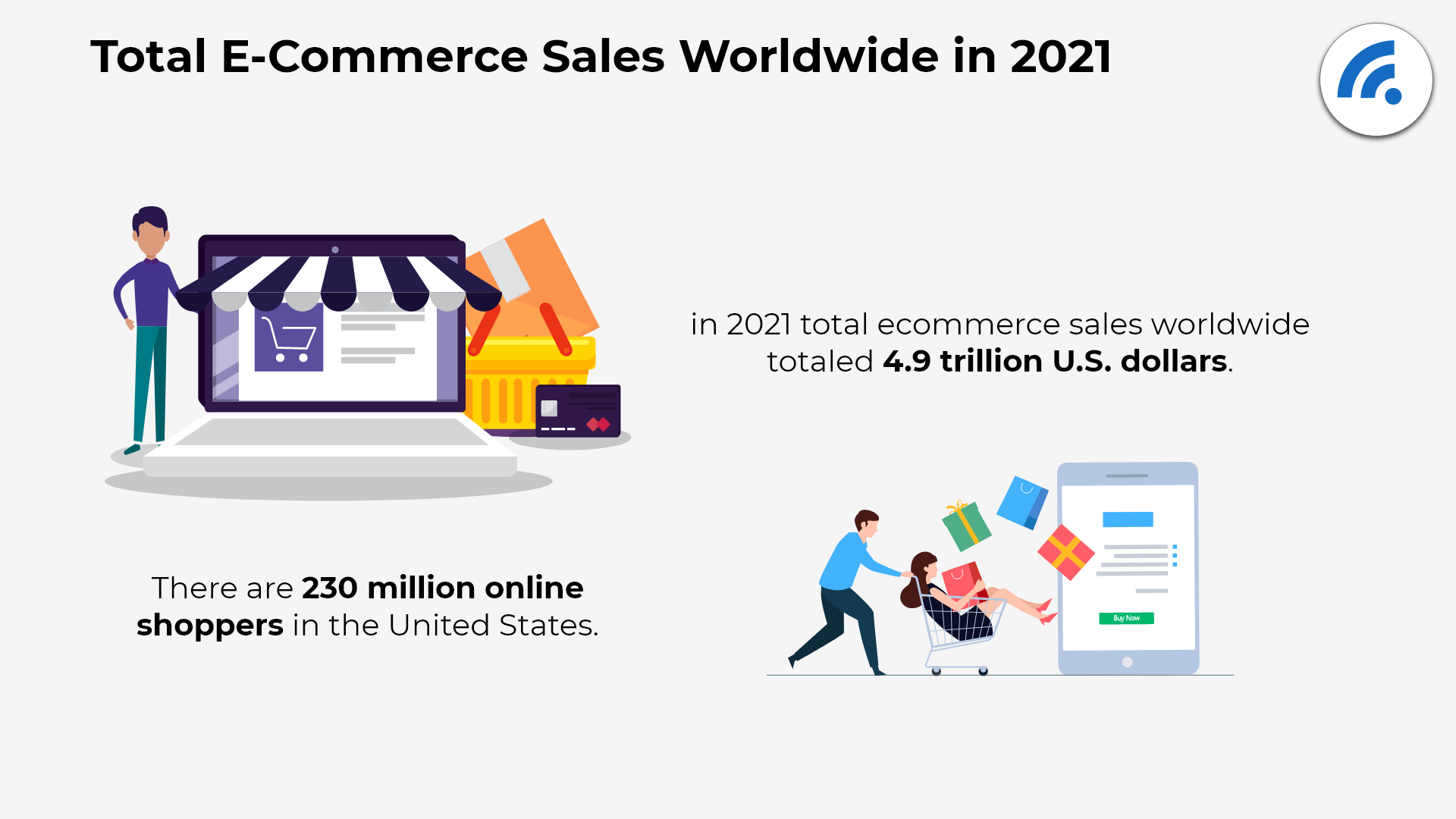 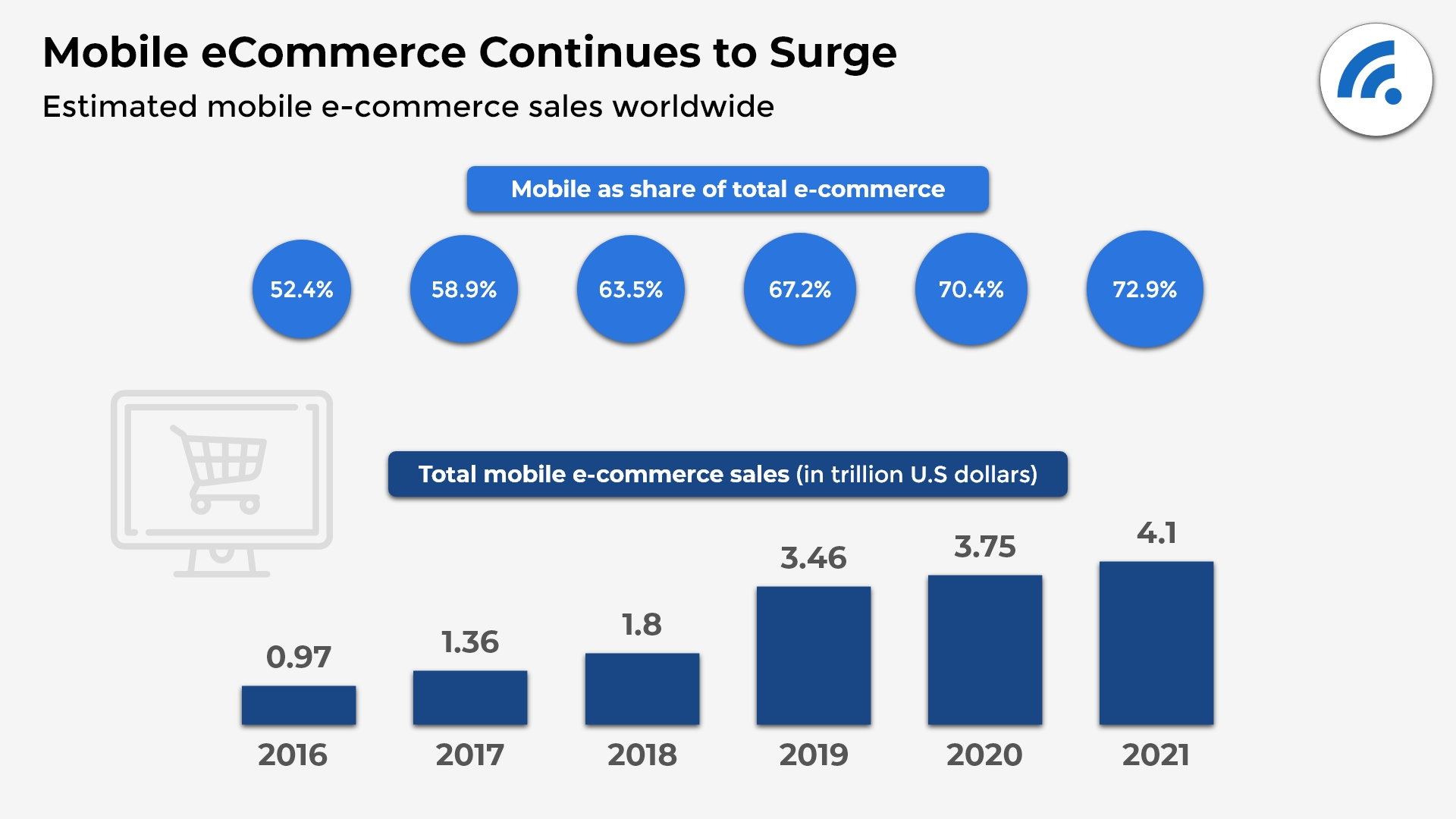 eCommerce sales are largest around the holiday season and weekend days (Saturday, Sunday). According to the latest study, Cyber Monday is the most popular day for eCommerce sales, totaling 7.8 billion dollars in 2018 alone. Black Friday produced 5.9 billion in eCommerce sales in 2018.

The 2020 and 2021 holiday seasons were great years for eCommerce businesses, no doubt because of the pandemic. More people chose to shop from home than ever before.

eCommerce sales around the holidays have been growing for years. It will be interesting to see if the growth experienced in 2021 repeats itself in 2022. 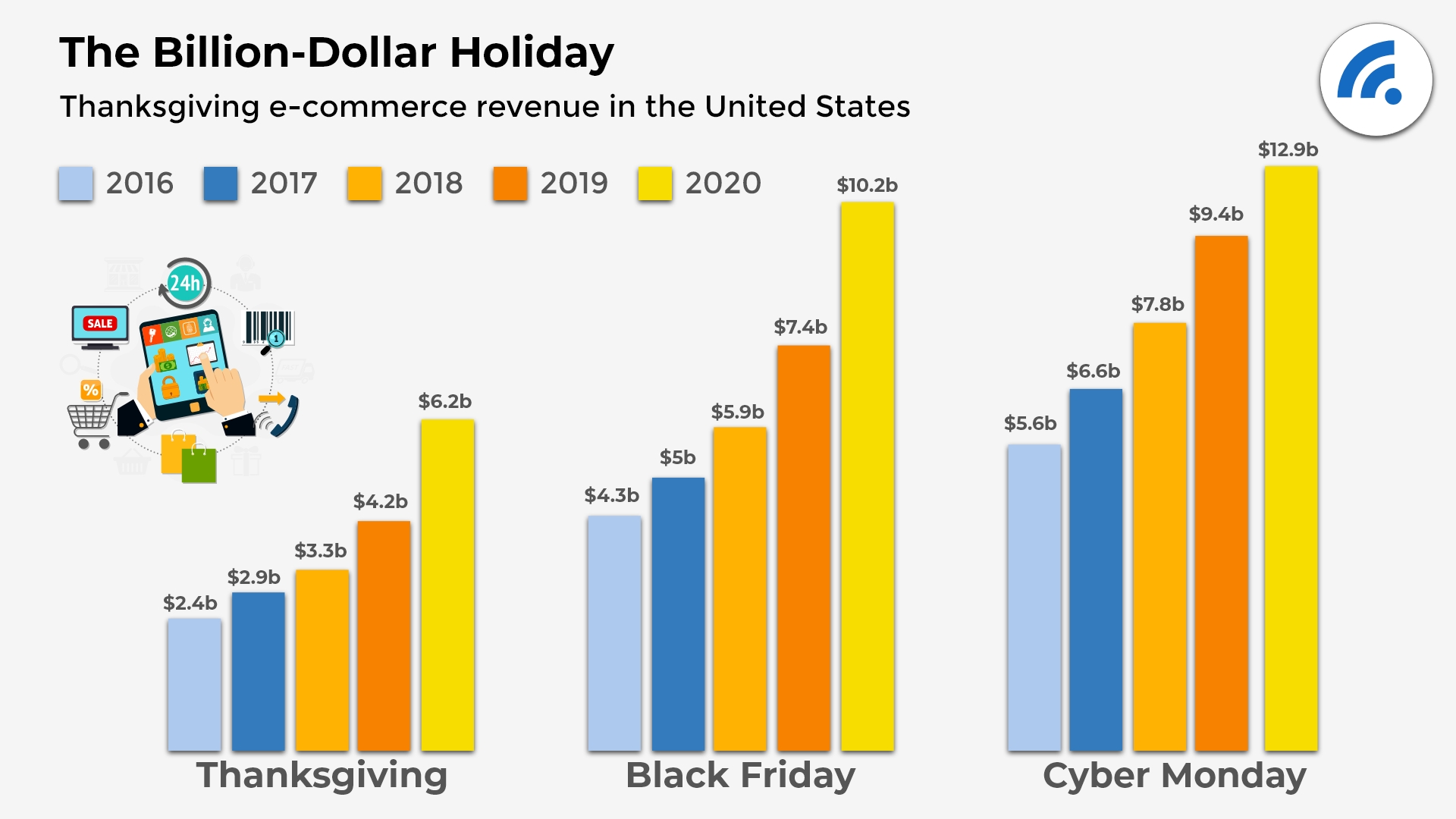 Billions of people around the world use eCommerce. Here are the top countries for eCommerce users:

Amazon is the number one eCommerce retailer in the United States, accounting for 49.1% of all online shopping. Next is eBay with 6.6%, followed by Apple, Walmart, The Home Depot, and Best Buy.

The internet and technologies are continually changing. Be sure to check back for more as we keep updating this ultimate list of internet statistics. Feel free to use them in your writing, blogs, websites, and more.

The number of internet users increases every day. Aside from internet access in the Western world, many developing areas are still gaining access in 2022 and beyond. Internet users in parts of Africa, Asia, and East Asia are rapidly increasing.

Every born generation grows up with the internet and is guaranteed to become a user. But in addition, as the generations that were contemporary with the popularization of the internet are growing older, they continue to use it. So, unlike 20 years ago, when people over 40 weren't heavy users, today, people use the internet in every demographic, which means that we have more active users than ever, and the number will continue to grow.

What percent of mobile users use the internet?

Surprising or not, over 80% of mobile users access the internet on their mobile devices. With 5.34 billion mobile users worldwide, 4.32 billion are also mobile internet users. That explains the significant number of people using their phones as their primary means of accessing the internet.

With mobile packages and data becoming increasingly affordable and mobile internet speeds increasing, we're looking at potentially reaching a number closer to 100% in future years, with laptop internet use being reserved for work purposes and little else.

What is the internet most used for?

The most common uses for the internet are to access popular search engines, send emails, and access social media. Even on social media, people use it to communicate, see the latest news, catch up with celebrity hijinks, or other entertainment.

In recent years, the internet has also become the primary source of entertainment and has actively replaced television. Between YouTube and streaming services like Netflix, Hulu, or HBO Max, more and more people are cutting the cord and opting to watch their favorite shows online.

Online shopping has also moved mainly to mobile devices. With every online store having a handy app, it's more convenient than ever to browse, shop, and pay via mobile.

What are the main reasons students use the internet?

According to internet statistics, students are one of the demographics that need and use the internet the most. Most of them are everyday internet users at home and school. They use it for research, access email, look things up, and communicate with teachers and fellow students. Of course, during the pandemic, they were using it every single day to be able to access their classes.

But in their free time, they also use it for social media, gaming, shopping, video calling friends and family, and of course - entertainment. TikTok alone accounts for most of the time they spend online, but so do Instagram, YouTube, and various online games.